At X8 Web Design of San Antonio, TX, we build professional, affordable websites and branding. Our San Antonio web design company has 35+ years’ combined experience using efficient, visually-appealing design practices to build websites that make your business look good. We give you the look of a big business, with the heart of a small business.

Our job is to make you look good online and help increase your business.

Building a professional and credible image for your business is our specialty. If you want your customers to trust you, you need to look trustworthy. Our Texas web design team can help with that.

Ah, the mythical creature we call the web. It’s where everyone looks to find more information about your business and you never get a second chance to make a first impression.

Credibility is built in the details. That’s why we support our clients by creating professionally designed business cards, marketing materials, proposals & white papers.

Here at X8 Web Design, our designers do it all! We’ve learned over the years that most web designers belong to one of the following categories – they’re focused on either technical, marketing, or visual design. Our San Antonio web design company will be the first to admit that finding a single designer who’s great at all three areas is difficult. But rest assured that when you work with X8, our designers know their stuff and are experts in all three areas. Here’s why you should choose us to be your San Antonio Web Design Company.

If you’ve never learned about an A record, MX record or SSL certificate (let alone know how to utilize them), don’t sweat it. Let our San Antonio web design company take care of all the technical specifics – leaving you time to do what you do best (running your business and taking care of your clients/customers!)

Our team brings decades of experience to the table – we’ve been doing this for many, many years.  Our San Antonio web design company also knows how to build best marketing practices right into your website.  Even if you don’t have a marketing strategy put together, rest easy – you’re in good hands.

Our San Antonio web design company builds websites that are both functional and beautiful.  After all, an appealing-looking website is crucial when it comes to allowing future customers and clients to see what you bring to the table.  You need to make a good impression from the start – and our San Antonio web design company is here to help with that.

What do you think most people think of when someone mentions San Antonio? The Alamo, maybe? But locals know there’s so much more to their favorite city.

Yes, The Alamo is definitely worth mentioning – it’s the most-visited attraction in the entire state.  San Antonio is also said to be the most haunted city in the nation.  And let’s also talk about a fact that you may not be aware of: San Antonio holds the world record for most tamales made (this happened at Lanier High School back in 2011, with 17,132 being made there, stomping the previous record of 13,000).

Fritos were invented here.  Gatorade was invented by a San Antonio native, too (a professor of medicine and nephrology named Robert Cade invented it as a solution for University of Florida football players who lost too much fluid during games).  The first Church’s Chicken opened here too.

Did you know that Shaq’s basketball career started in San Antonio?  He played basketball at Cole High School.  The tallest cowboy boot sculpture is here, too –  that’s actually a Guinness World Record, and you can find it outside of North Star Mall.  The first air-conditioned office building happened here (it was the Milam Building, back in 1928).

And author Mark Twain was a fan of San Antonio – he once said, “There are only four unique cities in the United States. New Orleans, San Antonio, Boston, and San Francisco.”  We’re sure he probably loved San Antonio the most! 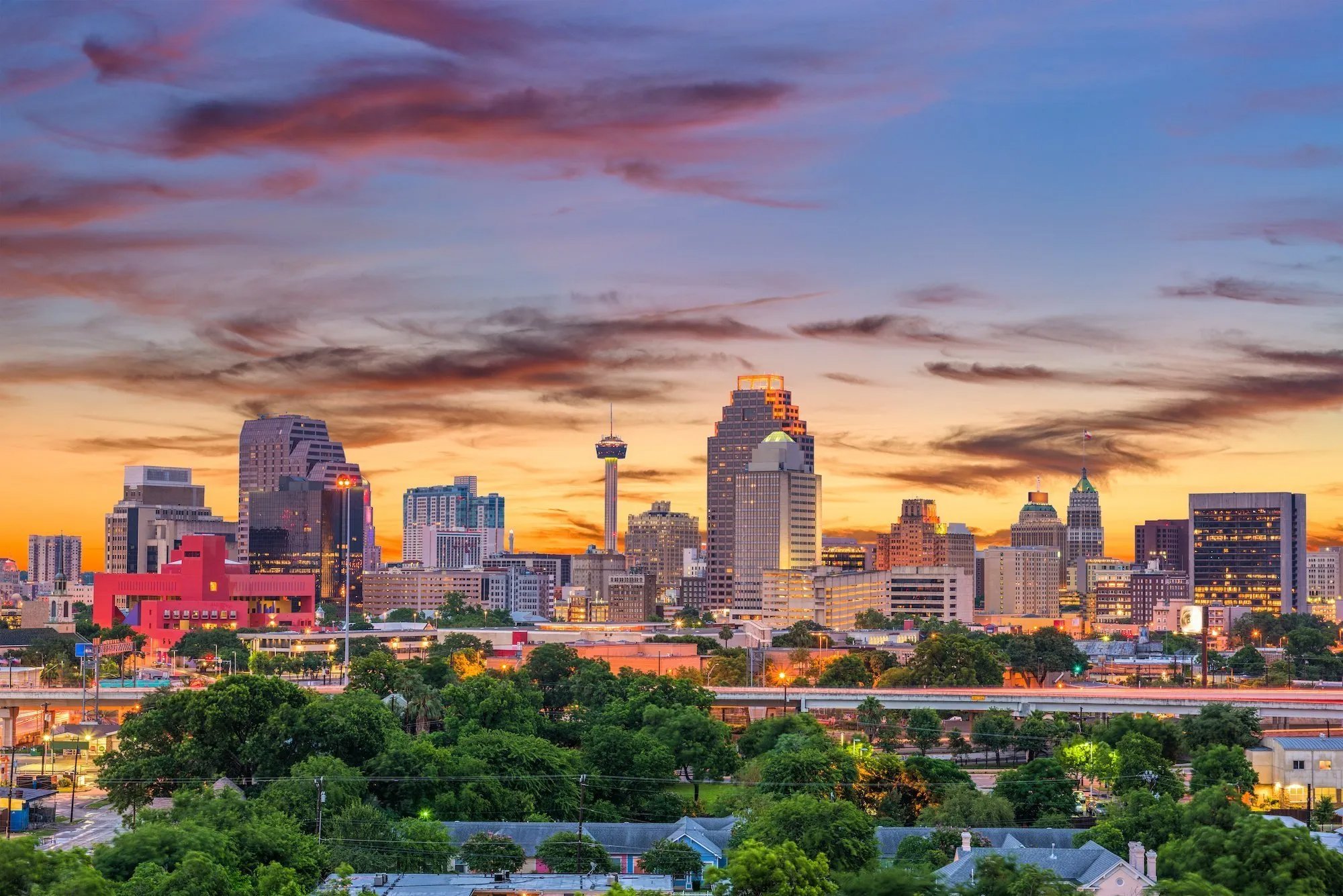 Our service offerings are created to help you succeed.

Our bread and butter here at X8 Web Design is building beautiful, functional websites – but we offer much more than that.  Whether you’re looking for Search Engine Optimization (SEO) services, a new logo, or marketing materials such as business cards and letterhead, we’re here to help.

Everyone knows that nowadays, they need a website.  Thankfully, our San Antonio Web Design Company knows how to do the job exceptionally well.

SEO – it can be quite the puzzle. Our San Antonio web design company has the experience and proven results you’re looking for.

Our award-winning team is here to provide an effective, solid marketing plan that will help guide your business to success.  Our San Antonio web design company is  here to help make your business look professional and credible.

Our process makes it easy for you to visualize how your content will look on your site.  Looking for a skilled wordsmith who you can hire to help create your website content for you? We can do that, too.

Our San Antonio Web Design company has decades’ worth of experience – we’ve worked with Fortune 500 companies, small local businesses, and everything in between. We can help point you in the right direction.

At X8 Web Design, our San Antonio website design team has worked with thousands of clients over the decades. It’s our job to make you look good online – and we take it seriously!

“I recently contacted Ross at X8 Web Design and they far exceeded my expectations with not only the quality of work and turnaround but their guidance along the way. I highly recommend their services and will certainly use X8 for any and all future needs of mine.”

“I recently contacted Ross at X8 Web Design and they far exceeded my expectations with not only the quality of work and turnaround but their guidance along the way. I highly recommend their services and will certainly use X8 for any and all future needs of mine.“

“X8 Web Design was an amazing experience! Jay and Ross were professional, very responsive and the end result was exactly what I wanted. An amazing value also! I will confidently recommend them to anyone I know looking for help with their design!“

“We have launched our new website and logo and we couldn’t be happier with the results! X8 Marketing did a fantastic job — specifically Kyle and Tiffany. Thank you both for making it such an easy process. We highly recommend their web design services.“

“I have interviewed a few website developers and X8 stood apart of the rest. Ross with X8 has been excellent on communication and work hard to design our website. I’m very pleased with the results. I would definitely recommend X8 to anyone. Thanks Ross!“